The Euro is the world’s second most tradable currency, used by 19 of the 28 EU member states. So that means there’s a reasonable amount of economic traffic in other currencies in and outside of the EU. In our mission to help European SMEs work smarter, providing multi-currency options is really a key factor. Since April 2016, Teamleader offered the possibility to convert deals and invoices - only for the end total - into a different currency.

We’re glad to announce that we have expanded our multi-currency features for you to try out in beta.

Since introducing this multi-currency feature, we’ve received a lot of requests to improve and expand this functionality. After some thorough research, we’ve developed an appropriate technical solution.

We could really use your help to test this feature so we can improve it to best fit your needs. Sign up to become a beta tester right now and gain early access to our new multi-currency feature!

What did we do?

We wanted to make the use of multiple currencies as intuitive as possible so that it follows all the logical steps from deal to quotation and to invoice. Let’s explain this with a simple example: 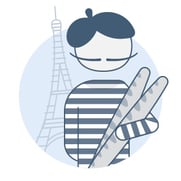 Meet Pierre who owns a famous bakery in Paris. Not only do people from far and wide visit his bakery to indulge in his well-known pastries, Pierre also sells and ships his products all over the globe. Jalil, a hotel owner from Dubai, cares very deeply for his customers and wants to serve Pierre’s pastries.

Jalil buys and sells in dollar (USD), hence why Pierre creates a quotation in USD. When creating a quotation, Pierre can immediately view the currency exchange rate: how much USD is this quotation compared to EUR? In addition, he can create a quotation simply by adding products to it.

Once Jalil has accepted the quotation in USD, Pierre can convert his deal into an invoice in USD. Afterwards, Pierre can check the stats to see how much revenue this deal will bring in. No need to recalculate the price from USD back to EUR: Teamleader automatically converts this to his default currency which makes sure stats are always up-to-date.


At the end of the day, both parties are happy, and it takes Pierre no longer than usual to do business with Jalil - even though they’re located across different parts of world.

The possibilities now and in the future


Teamleader’s new multi-currency functionality will currently allow you to:

But that’s not it! At a later stage we’ll be adding features to:

Can’t wait to start trying out the multi-currency features? Join our beta testing program and get early access to all kinds of new features!