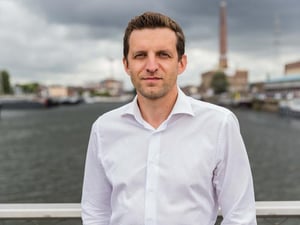 In his spare time, you'll find Tom on a board, whether that’s snowboarding or kitesurfing. It shouldn't come as a surprise that he follows tech news very closely - not only professionally, but as a hobby too. And if you like passionate talks about technology, there are lot of suitable candidates working at Teamleader, but Tom will most definitely engage in a fiery discussion.

What can you expect from Teamleader in 2019?

We’re already well into 2019, so it’s time to give you an update on the roadmap we published about one year ago. A lot has changed since then: our product, our organisation and your requests as well.
>  END_OF_DOCUMENT_TOKEN_TO_BE_REPLACED

Teamleader’s product roadmap for 2018: here’s what you can expect

UPDATE: We originally released this blog post in the beginning of this year to give you an idea of what you can expect from Teamleader in the upcoming months. We also said back then that a roadmap is always prone to changes. Six months later, we’re here to give you an update on where we are.
>  END_OF_DOCUMENT_TOKEN_TO_BE_REPLACED

What are you looking for?

Receive frequent content updates by email on the topics that matter most to you. Gain new insights with expert tips designed to help you work smarter and grow your business.